The Odd Couple – used to be a sit-com on t.v. in the early 70’s.  But yesterday I discovered a gem of a documentary.  Animal Odd Couples reveals some unusual pairings between animals.  And I don’t mean genetic experiments, I mean life-long friendships:

It was amazing to see some of the predatory animals curb their instincts for the value of the friendship.  In fact, the cheetah even relinquished her obvious rank of being the lead to the dog.

What in the world would bring these odd couples together?

In every circumstance the animals had been rescued.

Some were orphaned. Others had been abandoned or abused.  A few had disabilities.

But all of them experienced wounds.

My favorite story was of the horse and goat.  After years at the rescue farm and co-existing in the same space Charlie the horse and Jack the goat became companions when Charlie started to go blind.

The owners of the rescue thought they would have to put Charlie down until they noticed Jack take up the job of becoming Charlie’s eyes.

Once, Charlie got caught out in a micro-blast and Jack came running back to the farm wailing, like the fabled Lassie, and led the owners to Charlie and brought him home to safety.

Relinquishing his natural instinct to wander and graze, Jack patiently walked Charlie out to the pasture every day for 17 years.

In our wounded-ness we tend to isolate ourselves; ashamed of what we have been through, how we are made, or who we have become because of them. We try to keep our wounds a secret, too embarrassed to risk seeing if anyone else has them too.

Maybe we think our wounded-ness is too heavy for another to bear.

But often the beauty found in our wounded-ness begins to be revealed as we fight the urge to hide.  Our wounded-ness can be transformed to beautifully broken when we share it with others.

Charlie was nothing special and Jack was just an old goat until they made a decision to walk together.

Then they became something beautiful.  A precious relationship that was so remarkable humans had to take notice.

We are never alone when our Lord is on our side.

And sometimes he gives us the beautiful gift of companions who simply get our wounds.

If we dare to share our wounds we transform them into something beautiful ~ together.

Two are better than one, because they have a good reward for their toil.  For if they fall, one will lift up his fellow, But woe to him who is alone when he falls and has not another to lift him up!  Ecclesiastes 4:9-10

5 responses to “Beautifully Broken ~ Together” 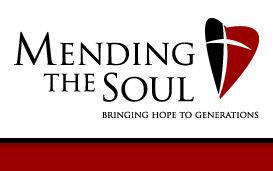 © Cheryl Meakins, 2013 - Unauthorized use and/or duplication of this material without express and written permission from this blog’s author and/or owner is strictly prohibited. Excerpts and links may be used, provided that full and clear credit is given to Cheryl Meakins with appropriate and specific direction to the original content.

Want to invite Cheryl to speak at your event?
Drop her a line via email or
visit her website to check out further information. 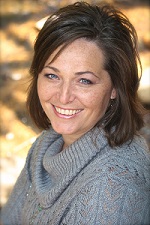